“I define my practice and my profession as ‘the Art of Survival’”, explains Professor Kongjian Yu, founder of Turenscape, once of China’s first landscape architecture practices and arguably its most internationally renowned. “In order to increase the resilience of a natural system, it is important to find solutions beyond the level of the city and even nation. I’m talking about a whole global system, in which we think globally but must act locally. And at this local scale we have design.” For Yu, design is both highly performative and beautiful, a meeting point between technology and art where “Western systematic thinking is grafted together with traditional Chinese wisdom”. Ahead of his upcoming presentation for Foreground’s symposium Living with Water: Design for Uncertain Times, Yu gives us a snapshot of how his pioneering strategies are changing the relationship between water and the city.

Kongjian Yu, founder of Turenscape, one of China's first landscape architecture practices.
Turenscape learns from China’s rural past to build a resilient future Turenscape’s journey began when Yu returned to China after receiving his Harvard Doctorate of Design and two years’ work with the United States’ SWA Group. Witnessing the destructive onslaught of rapid urbanisation and industrialisation, he established Turenscape. His choice of name was both evocative and deliberately provocative, formed from Tu, the Chinese character for ‘earth’ as the giver of all life and Ren, ‘man’, the rapacious beneficiary of the earth’s offerings. Yu had to fight to have the name registered, as turen is also a highly pejorative term akin to ‘native’, ‘bumpkin’ and even an insulting ‘lowly pumpkin’. The resultant Turenscape reflects an underpinning philosophy of design based on natural processes, patterns and an “understanding of ecology and culture tested by 5000 years of Chinese agricultural history”, says Yu. This was an unorthodox departure from the dominant elite ornamental aesthetics, analogous, Yu says, to the thousand-year-old practice of foot-binding to create deformed, tottering ‘little feet’ distanced from any ‘low’ rural association. By “working with cycles, working with nature, working with natural systems to make the city more resilient”, Yu’s new aesthetic is a defiant, big-footed step from rural past to resilient future. Today, the 600-employee practice has realised over 600 projects and won a staggering number of awards including 12 ASLA Awards, five Human Habitat Awards; four World Best Landscape Awards; three Excellence on the Waterfront Awards and an Urban Land Use Institute (ULI) Global Award of Excellence.

Shenyang Architectural University Campus. "‘Big feet’ agricultural landscapes can be beautiful,” says Yu
This “peasant wisdom” is key to Yu’s “Big Foot Design” strategy. “China is a country with a huge population and very meagre natural resources. It is highly mountainous, with only about 10% of arable land available for agriculture,” he says. “This land is the river delta area, the flood area, the wetlands and the marshes. Water resiliency has therefore been an issue that farmers have been successfully managing for thousands of years through simple yet wise human intervention.” By using ‘cut and fill’ techniques, “terraces and rice paddies could be created as high as 2000 metres above sea level on the mountain slope to catch and retain water, while a ‘pond and dyke’ system stored water throughout the wet and dry seasons as well as cultivating fish in the ponds and fruits and sugar cane in the dykes”. The resultant landscapes, says Yu, were not only productive but “habitable, beautiful and of course, resilient”.

Yanweizhou Park by Turenscape
WAF’s 2015 Landscape of the Year Yanweizhou Park has given Jinua City a new cultural and community identity. The “sparrow tail” wetlands, circular bioswales, ‘cut and fill’ terraced riverbank and entirely permeable surrounds “make friends” with flooding. Conversely, “for the past 30 years, we have destroyed the system. We now build cities based on the early European urbanisation model, levelling the ground, laying a grid and pipes and using pumps to work against gravity, filling in all of the ponds, channelising the rivers with concrete and creating a system entirely based on energy consumption.” Accordingly, together with ever-increasing urbanisation pressures, 75 percent of China’s surface water is now polluted, over 60 percent of cities lack potable water and “almost all the cities in the Chinese coastal areas” face floods and urban inundation. The groundwater table in the North China Plain drops over one metre each year. “This city-building model”, says Yu, is “entirely incapable” of managing existing Chinese climate conditions let alone resource and climate-change pressures. As well as being more expensive to build, “it also extremely wasteful because we drain away all of the water and yet overall, China has a water shortage”.
"This is not a philosophy for city-building itself, it’s a philosophy for taking care of the continental landscape. It’s time to expand the scale” – Kongjian Yu The long road to nursing denuded landscapes back to health frequently incorporates rehabilitating existing or creating new wetlands, as well recovering riparian plains and creating ecological buffers. “These new landscapes are flood adaptive, able to remediate agricultural runoff and biologically diverse, as well as providing social havens for connection and respite,” says Yu.
Sponge Cities form a new ecocity template for China Perhaps the culmination and pinnacle of Yu’s work to date is the melding of all philosophical, aesthetic and performative elements into “Sponge Cities”, which the Chinese Government has now adopted as an urban planning and ecocity template. The ‘living sponge’ concept restores urban landscapes as active systems able to soak up excess water that can then be ‘squeezed’ out for reuse. These urban green sponges cleanse and retain water, harvesting rainwater to recharge aquifers, while creating productive landscapes, diverse habitats and multiple social benefits.

Shanghai Houtan Park by Turenscape
The Living Waterfront: Winner of the 2010 ASLA Award for Excellence, Turenscape’s Shanghai Houtan Park showcases the dynamic restoration a highly-degraded former brownfield landfill site previously with the lowest water quality of Grade V “Over time I’ve been thinking that in order to solve a big problem, we must think big,” says Yu. His practice is certainly doing some truly big work. Currently, Turenscape’s projects include the competition-winning, 1124-hectare redesign of the Kaban lake system in Russian Tatarstan’s capital city Kazan and a colossal rehabilitation of China’s Yangtze River, which, as Yu puts it, “has been almost destroyed by industrialised infrastructure such as dams”. As always, Yu’s vision remains grounded in humility and pragmatism, yet breathtakingly expansive in scope. “Right now, our projects go beyond the city and land-size of twenty or even a hundred hectares. We are thinking about millions of hectares, from Sponge City to Sponge Land or System. This is not a philosophy for city-building itself, it’s a philosophy for taking care of the continental landscape. It’s time to expand the scale”. 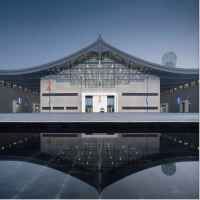 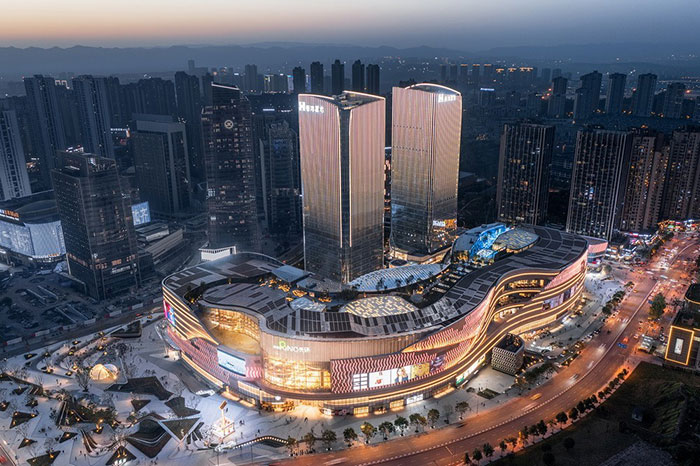 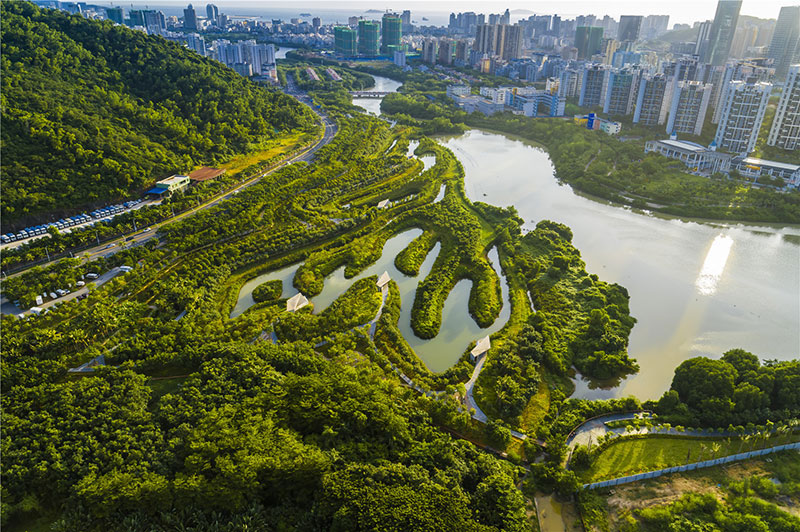 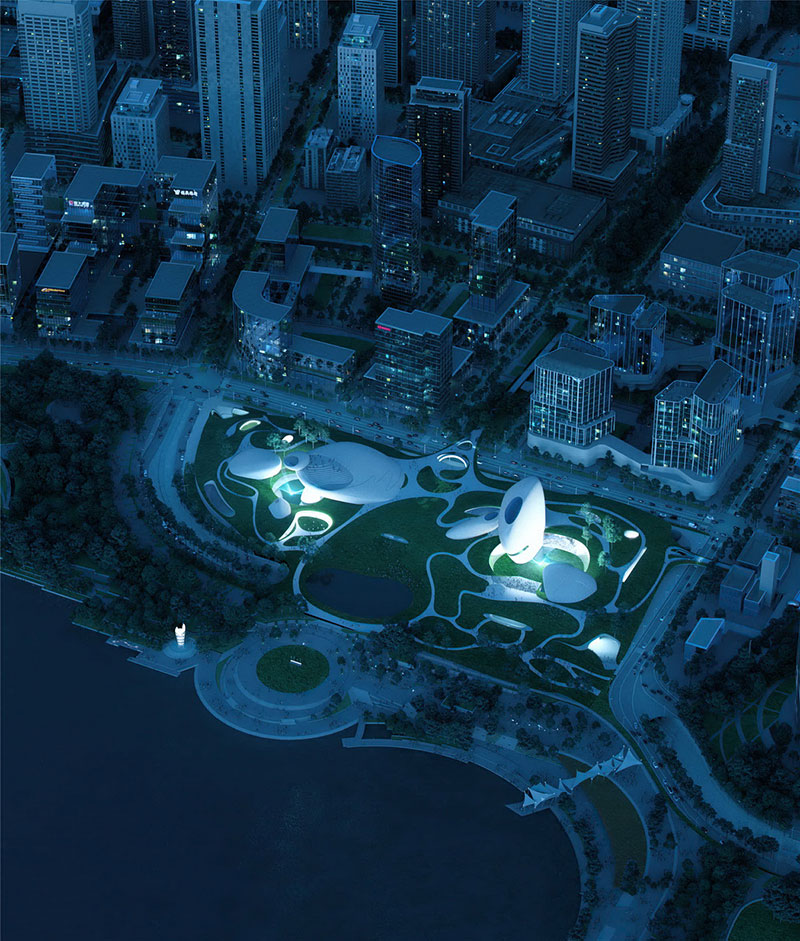 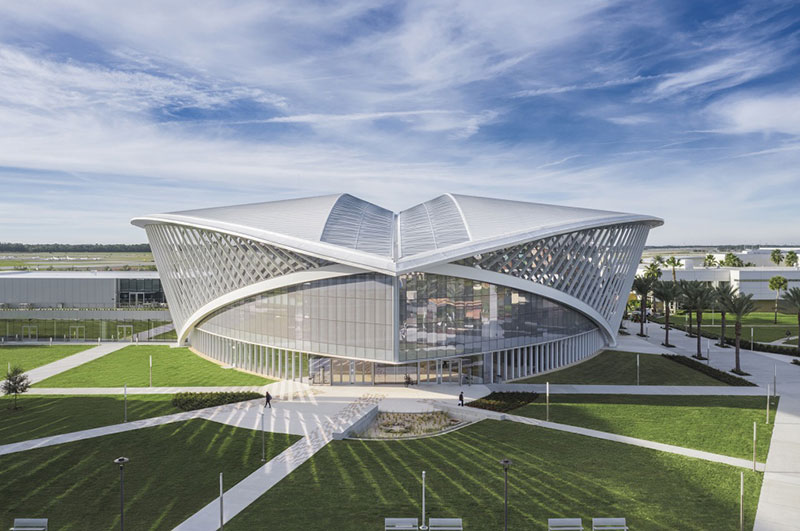 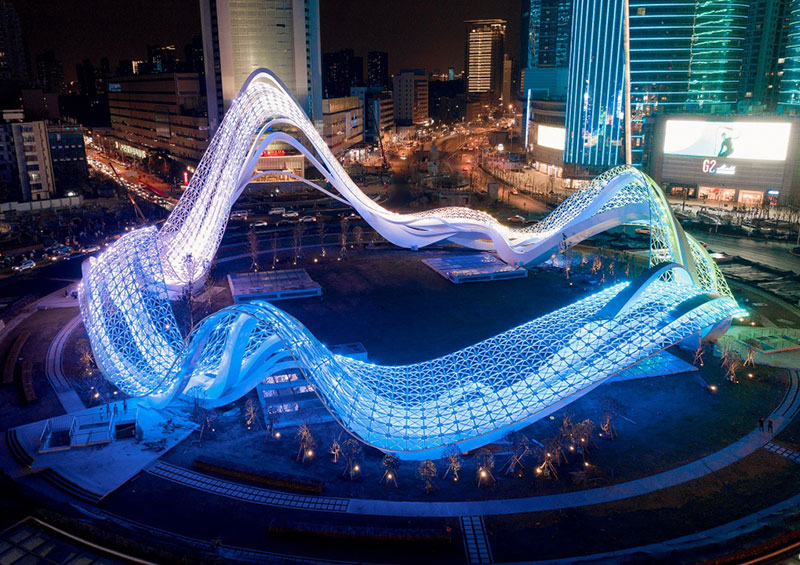 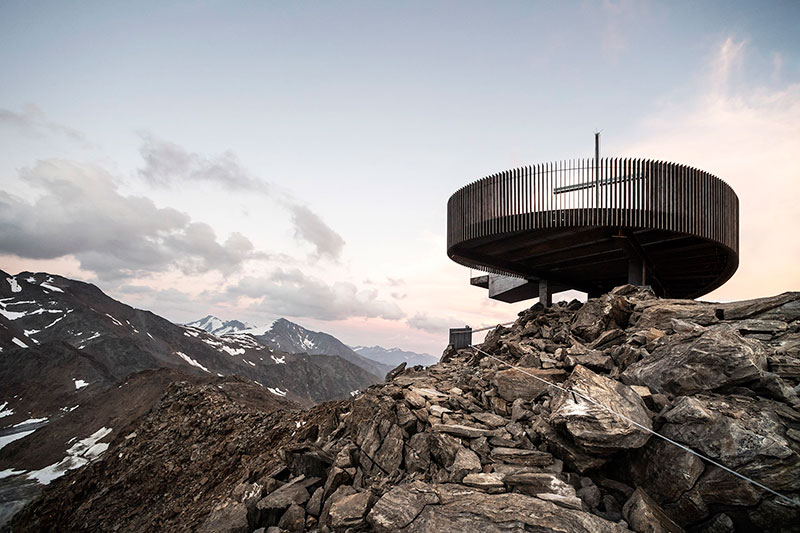